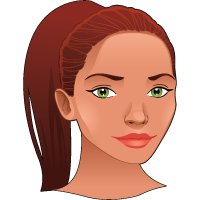 My family's dental health is important to me. Unfortunately for me, it is not as important to my little ones. Getting my kids to brush and floss on a daily basis is almost like taking on an obstacle course. I talked to my family's dentist about different methods I could try to encourage them to brush and floss on a regular basis. Some of the tricks worked, some did not. After some experimentation and talking to other parents, I was able to come up with a lot of great tips for helping kids care for their teeth. I started this blog to help other parents get creative when it comes to their kids and dental care.

A Guide to Creatively Handling a Child's Dental Health

What Are The White Spots On Your Gums?

If you look in the mirror and suddenly see white spots on your gums, you might be alarmed. Many peoples' first thought is "Oh no, cancer!" While white spots are sometimes an indication of oral cancer, they often have a much less worrisome cause. A condition known as benign leukoplakia commonly causes white or gray spots to appear on the gums. In the early stages of development, these spots might even be common canker sores.

Leukoplakia is a condition that causes many white patches to appear on your gums, the floor of your mouth, and on your cheeks. If your white spots have jagged edges, are flat, and do not scrape off, benign leukoplakia is probably to blame. The condition is most common in those who smoke or chew tobacco, though those who don't use tobacco many still develop it. The lesions aren't usually painful, and no one knows quite what causes them.

Take good care of your teeth and gums by brushing and flossing daily if you think you may have leukoplakia, Use an antiseptic mouth rinse, too. If the condition does not disappear within a week or so, visit a periodontist or physician. In rare cases, leukoplakia may be caused by a virus such as the Epstein-Barr virus, or your symptoms may actually be caused by oral cancer. A medical professional can determine the best course of treatment if this is the case.

When your white spots are painful or are accompanied by mouth sores that won't heal, there is a chance they are caused by oral cancer. Other symptoms of oral cancer include tongue pain, difficulty swallowing, and jaw stiffness. Those who use tobacco, drink a lot of alcohol, or have the sexually transmitted disease HPV, are at an increased risk of oral cancer. Often, the spots associated with oral cancer will appear small at first, and then grow larger over time. It's wise to seek treatment sooner rather than later if you suspect you may have oral cancer.

Perhaps the most benign cause of white spots on the gums is canker sores. When you have just one or two white spots, they might be canker sores that have not yet developed to the point of being painful. Watch them for a day or two. If they develop into small, ulcer-like sores, you can rest assured that they're canker sores. They should disappear within a week, and no treatment is required.

Generally, white spots on the gums disappear just as suddenly as they appeared. If they seem to be slowly getting worse, or they linger for more than a week, seek treatment from Cumberland Periodontal Associates, P.A. You might find out that the spots are just benign leukoplakia, but you're better off safe than sorry since mouth cancer is always a possibility.